Heidelberg Alumni International offers a lifelong eMail address after registering according to the scheme: firstname.lastname@alumni.uni-heidelberg.de

Heidelberg Alumni International (HAI) is the central alumni initiative of the university - the worldwide network for all former and current students, researchers, administrative and teaching staff. 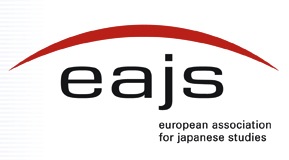 We are an association of scholars and researchers focusing on Japan. Japanese studies is now well established as a field of research and an academic discipline, but for many years researchers in Europe did their work in more or less splendid isolation, separated by linguistic or national barriers or by academic conventions and traditions. While this rich heritage of differences has been a source of constant stimulation and inspiration, we have strongly felt the need to form contacts and exchange information, and it was for that purpose that the European Association for Japanese Studies was

The general aims of the European Association for Japanese Studies (EAJS) are stimulating interest in and encouraging research in Japanese studies in all the countries of Europe as well as USA and Japan, promoting the flow of information and communication in this particular field of studies through its triennial international conference, but also through symposia and workshops. Furthermore, the EAJS aims at a further increase of its

membership. EAJS is open especially to the gradually developing Japanese studies community in Eastern Europe, and tries to integrate and support younger scholars in the field of Japanese studies. Bearing in mind European unification and increasing globalisation, EAJS wishes to strengthen its links to and its co-operation with the national associations for Japanese studies in Europe as well as organizations in Japan, rest of Asia and in the United States. In addition to its scholarly purposes, the EAJS also acts as the representative of European researchers on Japan to safeguard their interests vis-a-vis transnational organizations and their bodies responsible for the funding and direction of research at a European level.

The European Association for Chinese Studies (EACS) is an international organisation representing China scholars from all over Europe. Currently it has more than 700 members. It was founded in 1975 and is registered in Paris. It is a non-profit organisation not engaging in any political activity.

The Association for Korean Studies in Europe

The Association for Korean Studies in Europe (AKSE) is the main scholarly society for Korean studies in greater Europe. Its objectives are to stimulate and co-ordinate academic Korean studies in all countries of Europe, and to contribute to the spread of knowledge of Korea among a wider public. Founded in 1977, AKSE holds regular scholarly conferences and publishes an annual Newsletter.