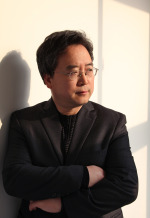 Cao Qinghui is currently Associate Professor and deputy director of the Art History Department at the Central Academy of Fine Arts (CAFA, 中央美朮学院) in Beijing, where he is also involved in curatorial tasks at the CAFA’s Art Museum. He organised the prize-winning exhibition “CAFA Art Museum Collection Series: Selected Works of Western and Chinese Painting Created in the Period of the National Beiping Art School.” Cao teaches seminars for students at B.A. and M.A-levels, including “Fine Arts in 20th Century China,” “Trends and Documents of Modern Chinese Fine Arts,” and “Beiping Junior Art College and the Fine Arts in the Republican Period (1911-1949).”

Cao Qinghui’s research interests concern the interaction of Chinese and international art educators, the modernization of Chinese painting throughout the early 20th century, and the role Beijing-based art teachers played in the process. His most recent publication is Selected Works of National Beiping Junior Art College from the Collection of the CAFA (Western Painting) 中央美术学院美术馆藏国立北平艺专精品陈列（西画部分), (Beijing: Zhongguo qingnian Publishers, 2013). He is co-author of 60 Years of Literature and the Fine Arts in Beijing  新中国北京文艺60年 (Beijing: Zhongguo wenlian, 2010) and published numerous articles on the institutionalization of art education in China during the late Republican period. 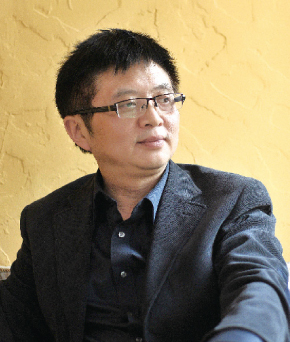 Huang Zongxian is professor for Chinese Art History and head of the Art College of Sichuan University (四川大学艺术学院) in Chengdu and member of the Chinese Artists Association (中国美术家协会), as well as of the National Committee for Arts Education of the Ministry of Education  (中华人民共和国教育部艺术教育委员会), among others. He has been engaged in teaching graduate and post-graduate courses on art and aesthetics, Chinese Art History, Chinese painting theory, etc. His program Reform of China’s Art History Curriculum System (中国美术史课程体系改革) won the Sichuan Provincial Teaching Achievement Award (四川省教学成果一等奖).

Huang Zongxian’s research focuses on the artistic development of early to mid-20th century China, as well as art theories of the Republican period. Huang’s book KangRi zhanzheng meishu tushi 抗日战争美术图史 [The Art history of the War of Resistance against Japan] (Changsha: Hunan Fine Arts, 2005) is one of the first comprehensive studies of the wartime period that attempts a more thorough analysis of the artistic currents within the regions controlled by the Nationalist government. His most recent projects deal with popularization tendencies in Chinese Modern Art. Prof. Huang as published extensively on art criticism and wartime period art in journals such as Literature & Art Studies (文艺研究), Art (美术), Art Observation (美术观察), and Art Research (美术研究). 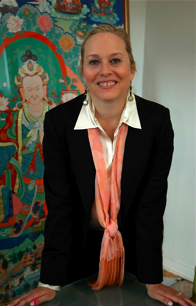 Her articles on mimesis, artist’s practice, photography, Chan painting, and ethnoarchaeology have appeared in: The Art Bulletin, Artibus Asiae, British Academy Proceedings, Encyclopedia of Modern China, Forbidden City 紫禁城, Dunhuang Turfan Studies 敦煌吐魯番研究, and Forum on Historical Objects 史物論壇. She is the recipient of numerous research awards including, the Frederick Burkhardt Fellowship, ACLS; Institute for Advanced Study; Fulbright-Hays, Fulbright Commission; and from the NEH, CAA, and the Getty Research Institute.  Her research includes extensive fieldwork in Sichuan, Xinjiang, Gansu, and Tibet; in 1992-93 she was a doctoral fellow in the Archaeology Department, Peking University.  She taught at Northwestern University, Chicago from 1996-2012, and was Department Chair, 2004-2007.

Prof. Fraser offers seminars and lecture courses in three primary areas: studies in the emergence in an ethnographic subject matter in painting, photography, and sketches during the 1920s-1940s; the history of photography in the 19th-early 20th century; and lecture courses in the history of Chinese painting from the Han to early Qing Dynasties (2nd c. BCE-18th c. C.E.). 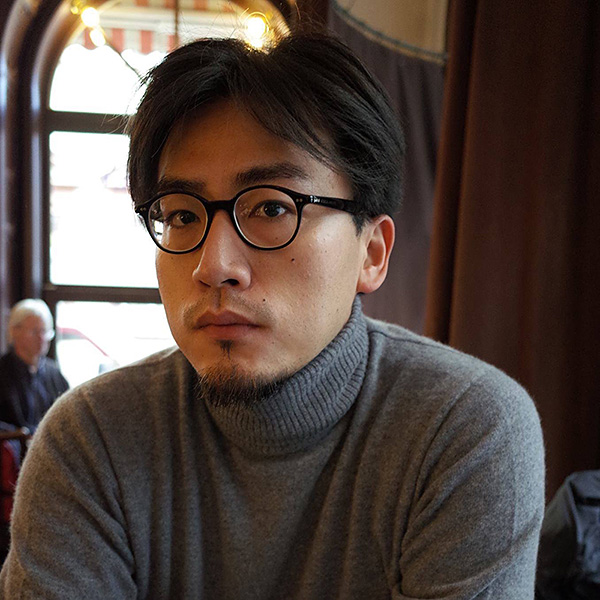 Qiu Wenzhuo is a graduate student at the Institutes of European Art History and East Asian Art History at Heidelberg University. His research interests lie in the fields of the transcultural exchanges between China and Europe in the late 18th and Early 19th century, with emphasis on the European painters and their “exotic” depiction of the Chinese landscape and Chinese people. Additionally, he also focuses on that the European oil panting´s impact on artistic practice by the Chinese Artists in the 19th and 20th centuries. 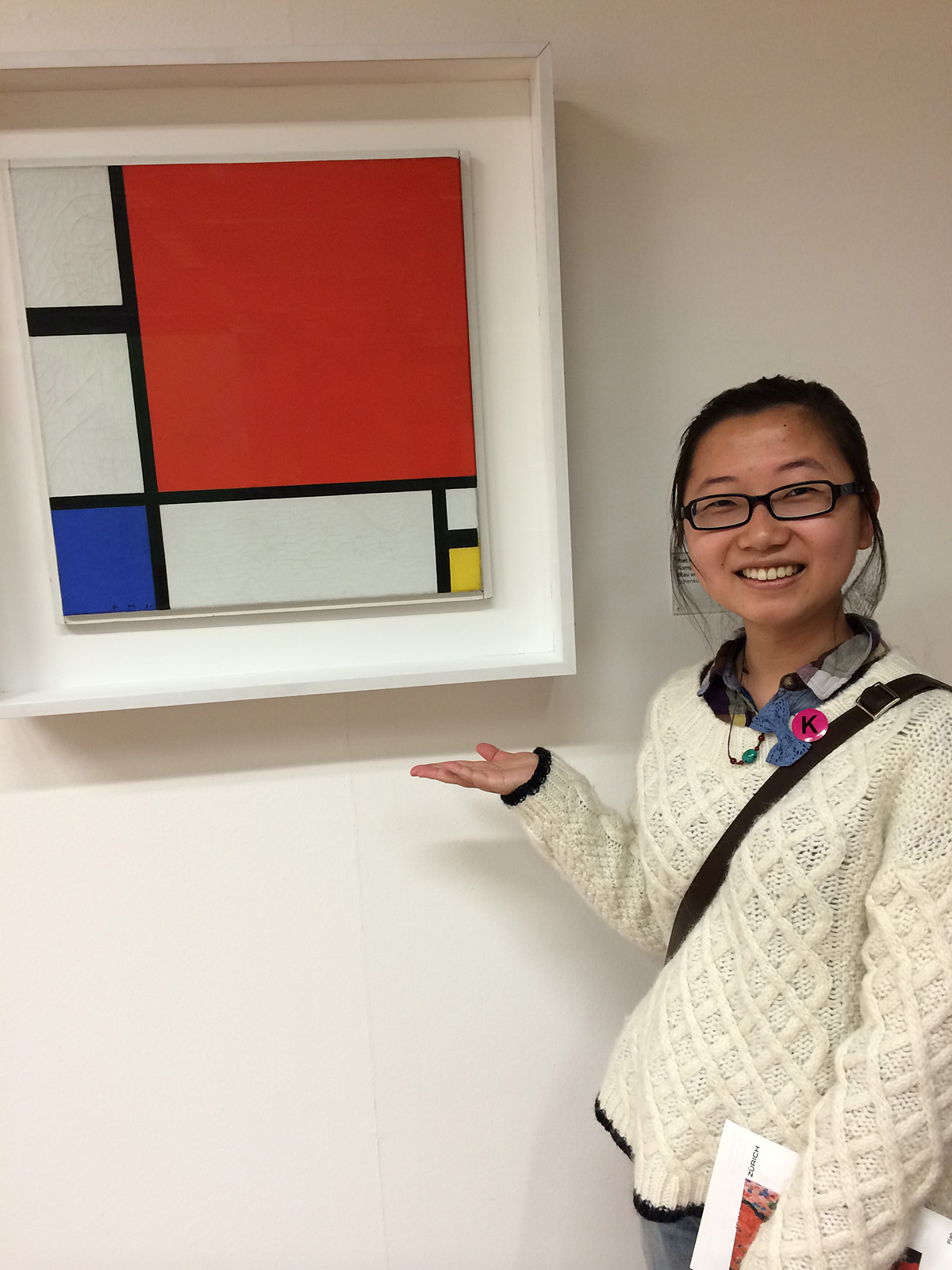 Zhou Muyu received her Bachelor’s degree at the Art History Department of the Academy of Fine Arts in Guangzhou. Currently, she is a MA student at Heidelberg University.
Building upon her earlier coursework and research, Zhou will examine the travels of photojournalist Zhuang Xueben along the south-western and western frontier of China during the late 1930s and 1940s. She seeks to trace the implications of his widely received work, his photographic techniques, ideals and aesthetics for the artistic languages of his contemporaries.
In her MA thesis she examines the relationship of Guangcai porcelain and global trade. Currently Muyu Zhou works for the project of “The Ethnographic Eye”. 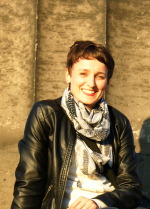 Silvia Faulstich is a graduate student at the Institute for East Asian Art History at Heidelberg University. Her research interests lie in cultural and intellectual exchanges between China and Europe in the late 19th and early 20th century, with a special emphasis on the impact of cultural nationalism on artistic practice. In her MA thesis she examines how artists negotiated the heritage status of historical sites in Northwestern China and disseminated popular knowledge through print media, exhibitions and their own art practice throughout 1940s. Silvia currently works as Project Coordinator for “The Ethnographic Eye”. 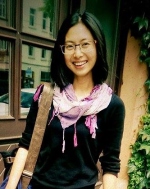